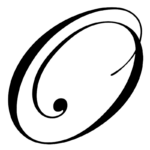 nce upon a time, there was an electronics developer. His name was Casper.

One night, Casper was in the office to finish up for the day.
He was used to doing that.
‘What a great team and what fantastic clients we have,’ he contemplated.
And he continued his daydreaming.

Suddenly, the phone rang.
That was odd.
Most people knew they could reach Casper at night.
But they hardly ever did.

The phone number was foreign.
That happened often, but still.
Something stirred inside Casper.
Surely it isn’t…

He quickly answered the call.

‘Hi, this is Casper.’
‘Yes, hello. Can you help me?’
The man at the other end of the line sounded a bit scared.
‘We haven’t passed the EDS test.’

Snap.
Casper knew right away what this was about and was alert at once.

The man on the phone was a client.
He was in Canada for the compliance test of his new device.
Up until then, the device had easily passed inspections.
But this last test had gone wrong.

Snap.
Production was already set to make tens of thousands of units per month.
A hiccup like this was not expected.
And in the pre-compliance tests we had no problems.
What has happened?
Time to switch quickly.

The spark from the ESD found its way through a seam in the housing.
And struck an unsecured part of the electronics.
As a result, the electronics went bananas.
Only removing and reinserting the battery helped.
But of course that was not helpful.

No, that was not solution at all.

Casper needed some time to think and come up with a solution.
He preferred to do so alone.
Therefore, they agreed to call again in an hour.

Casper hung up and called Odie.
They set off together.
To go for a walk, get some fresh air.
And clear his mind.
Because, Casper knew, the solution usually comes to you when you do something entirely different.

So Casper walked and played with Odie.
After a while Odie had a bowel movement.
It happens.
Casper took a plastic bag to clean up after Odie.
´What a relief that these poop bags are not made of paper,´ Casper thinks.
´At least plastic doesn’t let anything pass through…
If only it would stick…
Wait a minute…
I´ve got it!´ Casper called out happily.

Quickly, they made their way back to the office.
The hour had almost passed.
Casper had managed to find a solution just in time.

´Hi, Casper. Have you thought of something?’
‘Absolutely! Have you got some Scotch tape laying around?’
‘Er, yes. I think so. Why do you ask?’

Casper explained what he had in mind.
“Put a piece of adhesive tape on the printed circuit board at the seam in the housing.
If you have Kaptontape, that would be perfect.
But regular tape probably works too.”

The client was a little surprised.
But he knew Casper and understood that he would never joke about these things.
So he set out to apply the Scotch tape.

The result? It worked!
No sparks could enter the device.
The ESD test was passed.

The client called back the next day.
The device was ready to go to market!
With an extra bit of Kaptontape.
All’s well that ends well.

The client and his device lived happily ever after.

This story may read like a fairytale, but it isn’t.
It is a true story.
And we are very proud of it!

Because this is what Pink Fluffy Unicorns do.
We go the extra mile.
We are there when the going gets tough.
And we will do anything to help our clients achieve their goals.

Sometimes it just takes an inch of Scotch tape.

Previous article Why our customers are still in production